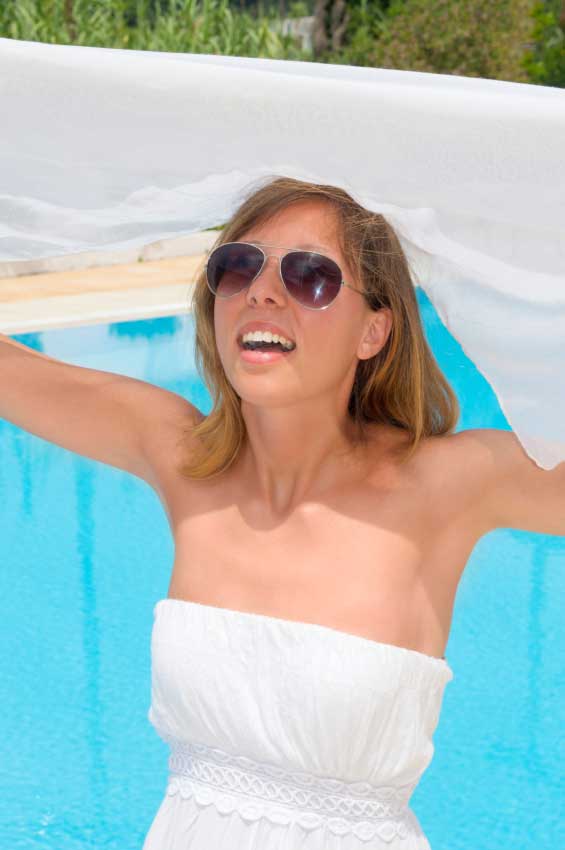 Moderators of online dating websites cannot possibly weed out or block all the fake people who are using, or rather abusing dating services. Scammers always create carefully constructed profiles of attractive women to lure men into their traps. Women tend to change details about them, they like being evasive about facts of their life. You wouldn’t want to deal with those women who do not want to play fair game, while registering on site designed for putting two matching singles together. Consider these telltale signs of suspicious profile and behavior.

It’s typical for women to get rid of a couple of years while stating their age in a profile. Age matters for women after all and they tend to put on dating sites pictures of them that was taken several years ago. But, if woman is showing her picture when she was 20, while being 35, this is a telltale sign that woman is either unbalanced or being manipulative. Also, women can fake their true nature by stating younger age, while putting real photo of them being older. This way they want to be included in search results showing women within certain age range. They hope that, when you’d start talking to them, you wouldn’t care how old they are actually.

They are being evasive over basic details of their life

Of course it makes sense for security reasons not to reveal some kinds of personal identifying information straightaway. But it’s still possible to say “I’m a nurse” or “I live in Moscow” without threatening your security in any way. And as the online relationship progresses, it is normal for both parties to progressively reveal more and more personal information.

Women who have created a “joke” profile

Some women can create absurd profile just for the sheer fun. For example, if woman says she is over 4 feet tall, weighs 20 kilogram, she is black-skinned with blue eyes and pale hair and she is a social worker earning a million dollars per year, you might question whether this person really wants to engage in dating experience.

There are certain inconsistencies in what she tells you about her

Keep track of what woman is saying about her while communicating to you via messenger on online dating website. You may want to write down telling details about herself that she is revealing. Look carefully to information she is giving about her age, occupation, level of income, academic qualifications, hobbies, where they’ve travelled, etc. If she contradicts herself at some later point in the course of your exchange, this is a telltale sign that something is not right with that woman. Also, compare those details with what she is saying in her profile, and, if you have any hesitations, ask her what the inconsistence means. She may have mistyped or misunderstood something. But, if she is evasive and playful about inconsistences, you’d better think twice before agreeing in meeting with her, for this might be a scammer. Scammers work in teams normally and cannot be consistent. Also, basic details in her profile may change for no particular reasons. This is a good sign that “she” is after some group of men she fancy to trap while appearing in their search results.

Some women are crazy, that’s a fact. They can turn out real weirdos in real life, you don’t want to find yourself in a badly directed horror movie. So keep your radar on and make sure she is not crazy.